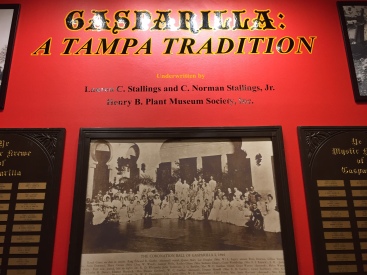 Gasparilla has been a Tampa tradition since 1904. This weekend is the annual Gasparilla Parade of Pirates along with other related events. An opportunity for folks to gather, dress up as pirates, wear beads, watch fancy floats as well as watch a flotilla of boats invade the harbor. Generally, have a lot of fun. For a few its just another opportunity to get drunk. END_OF_DOCUMENT_TOKEN_TO_BE_REPLACED 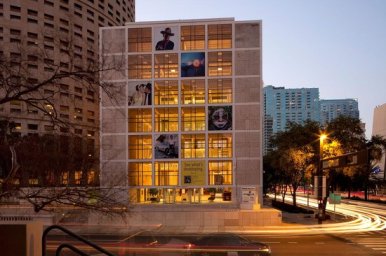 I am excited to announce that both Dorothy and I have two photographs each as part of the Benefits Exhibit at the Florida Museum of Photographic Arts in Tampa. The exhibit and sale starts today at 4PM and runs through January 20th. This exhibit gives local artists the opportunity to display their work in a museum setting.

If you are in the area, I hope you will stop by and take a look. 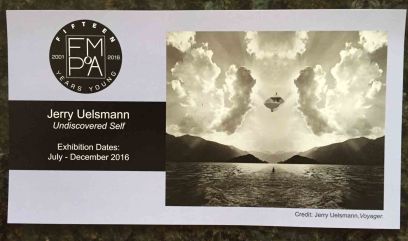 I became an admirer of Jerry Uelsmann’s work sometime in the 1970’s. I am  vague on how he first came to my attention. Like many photographers I discovered back then, It was either through an exhibit at the Museum of Modern Art in New York or an Aperture monograph of his work that I discovered in the Museum’s bookshop. Either way, I became an admirer of the artist’s work and have been ever since.  Uelsmann is a master of surrealistic images created in the darkroom. Using multiple negative images, many photographed specifically to be used as just one element of the final print,  he experiments, studying the possibilities until he arrive at the moment his imagination has been searching for.

Today with digital photography, photoshop and lightroom many photographers can create similar images in much less time rarely, if ever, as good. Despite the digital revolution, Uelsmann, now in his 80’s, continues to use the darkroom as his paintbrush.

I bring all this up because, currently on view at the Florida Museum of Photographic Arts in Tampa, Florida, an exhibit called Jerry Uelsmann: Undiscovered Self is on view. My wife and I went to see it yesterday afternoon and it reminded of how much and why I admire Uelsmann’s original and interpretive work.

The exhibit runs through December.