Now Available for .99 cents at Amazon.

Available from Amazon and Smashwords

“In his third published compilation, The Late Show, John has mined his passion for film in a taunt, page-turning collection of eight short stories inspired by classic cinema and reminiscent of the golden age of television (e.g., Alfred Hitchcock Presents) and the gritty carousel of 40s and 50s crime comics…All the tales are infused with suspense, tempered with notes of malice and refined with a pinch of humor and hints of irony.” – Pamela Lowe Saldana author of A Blooding in the Oil Patch and Blogger at All Things Thriller.

“John Greco has combined his love of cinema with his penchant for dark noir in this entertaining collection of short stories. They’re short and nasty, and the pages are filled with film-loving souls with bad motives…. these are fun, nasty reads that will have you turning the pages”.  – Joseph Souza Author of Pray for the Girl and the forthcoming, The Perfect Daughter.

“In The Late Show author John Greco shares with readers a love of movies and crime stories. Like his previous anthology, Bitter Ends  this one has a number of twisty noir yarns of the hard-boiled kind.”  – D.H. Schleicher  author of And Then We Vanish and Then Came Darkness

“The Late Show and Other Tale of Celluloid Malice” offers readers a shadowy world where eight tales of crime and horror share a tantalizing link — there is in each of them a hint, or taste, or even an obsession with movies.
Some of the stories have an ironic, Hitchcockian sense of humor to them, some have a surprise ending, and all are geared to fans of crime fiction who also have a familiarity with the pop culture world of film, especially classic film. – Jacqueline T. Lynch author  of  The Double V Mysteries series and Ann Blythe: Actress, Singer, Star

George Jensen made it to the top of the best seller’s list with his novel “The Final Ending.” He should be on top of the world, instead, his world is spiraling out of control. He needs to “Make it Write.”

Available as an ebook from Amazon, Kobo, and Smashwords

“Another great story by John Greco. This one reads like a Twilight Zone episode. Every author can relate to this creepy story. And what a twisty ending.” – Joseph Souza author of Pray for the Girl and The Neighbor 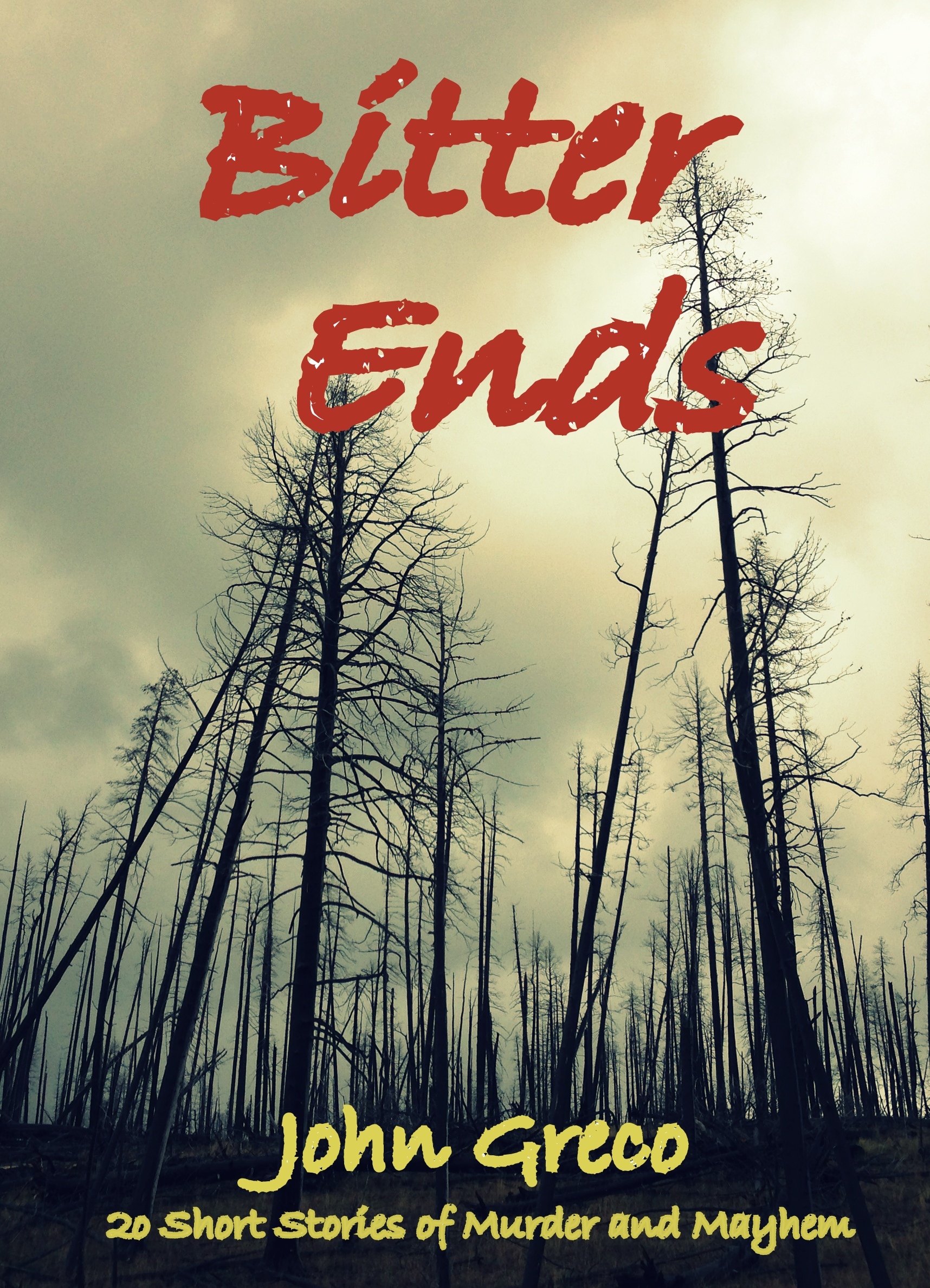 Twenty short tales of murder, revenge, greed, love gone wrong and other mayhem along with a couple of more charming tale tossed in – all with a twist!

Available  from Amazon, Barnes and Noble and Kobo

A collection of twelve dark short stories about revenge, lust, love, money and murder with a twist.

Available from Amazon as an e-book and as a paperback.

Available from Barnes & Noble as an e-book  and  as a paperback.

“John Greco’s stories delve into the dark side of human nature. What makes his stories particularly striking is that his characters (devious, at times creepy and horrendous) are also quite ordinary people who remind us that we too have a lot in common with them.” – Carol Balawyder author of Getting Mr. Right

“With a decidedly noir streak and some very surprising endings, this book of dark tales will intrigue and fascinate fans of mysteries.” – Jacqueline T. Lynch author of Ann Blyth Actress, Singer, Star and Comedy and Tragedy on the Mountain

“With finely drawn characters who leap from the page as living, breathing people you might see in your neighbourhood? Do you like getting inside the heads of these characters? Does the one-two punch of an unexpected twist, or even an expected twist, make you set aside a book with a satisfied smile? Okay. You are looking for John Greco’s Devious Tales.” Patricia Nolan-Hall – Blogger at Caftan Woman

Two short stories of revenge and murder. Available  from Amazon and Kobo

4 thoughts on “My Fiction Books”