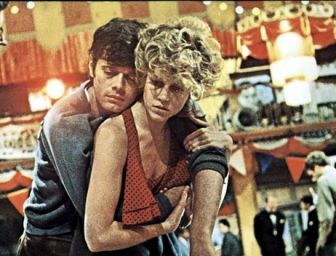 Dance marathons were phenomena that began in the 1920’s. They Shoot Horses, Don’t They? Horace McCoy’s 1935 novel is a dark tale of losers desperately attempting to hang on to impossible dreams. Just like in Nathaniel West better known novel, Day of the Locust the characters all have unreachable dreams of being in the movies.

Dance Marathon contests were long grueling endurance tests going on for weeks, and even months at a time before there was only one couple left standing and declared the winner.  The cast of They Shoot Horses, Don’t They? includes Jane Fonda, Michael Sarrazin, Suzannah York, as a Jean Harlow wannabe, Buce Dern, Bonnie Bedelia, and Red Buttons. 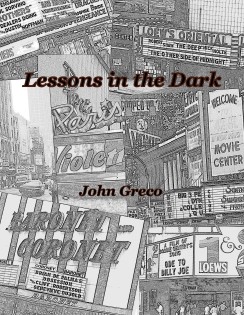 You can read and learn more about They Shoot Horses, Don’t They? and other depression era films including Gold Diggers of 1933, The Grapes of Wrath, and Wild Boys of the Road in Lessons in the Dark available from Amazon.

Classic films are not just nostalgic. They are avenues for learning and a passageway to take a look at ourselves as we were then and are now. Movies hold up a mirror to our past, our lives today and our future. We can see how far we have come; the mistakes that we made, the choices we made, both the good and the bad. Other subjects, and other films looked at include War, the Media, Discrimination, Films of Social Injustice and more.