No one knows exactly where the “love lock” thing began but it has spread around to areas as diverse as Brooklyn, Tokyo and Paris as well as other cities and towns around the world. Lovers throughout declaring their love for one another by writing their names on a padlock and securing it on a waterfront fence then tossing the key into the water.

The photograph you see here I took last year in Portland, Maine where the “love lock” tradition began sometime in early 2013. It was on Commercial Street which runs along Portland’s waterfront. The area  is a big tourist spot and the locks have become a sight for visitors to look out for.

Surprisingly, there have been few, if any, complaints from residents, shop owners and the local government. What is unknown is what will happen if and when the locks become rusted overtime or become so abundant they become an eyesore for many. 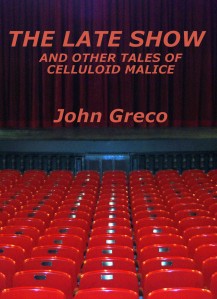 All essays and my own personal photographs © John Greco (2016-2019). Unauthorized use and/or duplication of written and personal photographic material without express and written permission from this blog’s author and/or owner is strictly prohibited. Excerpts and links may be used, provided that full and clear credit is given to John Greco with appropriate and specific direction to the original content.

From Short Stories to a Novella in 2020

The creative journey to becoming an author

Insightful Analysis and Commentary for U.S. and Global Equity Investors

There is no box.

The Art of Blogging