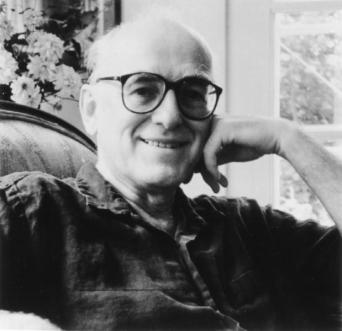 One of my favorite crime writers is the late Donald E. Westlake. Westlake was awarded the title of Grand Master by The Mystery Writers of America, as well as a three-time Edgar winner. He wrote over 100 novels and numerous short stories and screenplays. 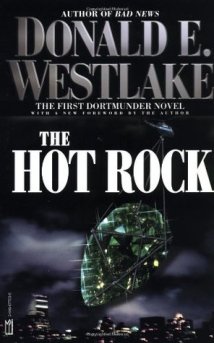 Westlake was a prolific author, best known for two long-running series, one featuring the dark anti-hero known only as Parker, written under one of his many pen names, Richard Stark, and the lighter comedic mysteries featuring John Dortmunder. By 1977, both characters had already made their way to the movie screen. In 1967, the first Parker novel, The Hunter, appeared under the title Point Blank (1) with Parker’s name changed, inexplicably, to Walker. The film featured Lee Marvin in the lead role. Five years later John Dortmunder hit the screen with Robert Redford in The Hot Rock.

Back in 1977, the author published a book called Enough. It consisted of two novellas, the longer of the two was called A Travesty, and the second, shorter story, was Orb. Enough may be one of the toughest of Westlake’s works to find a copy. I was fortunate enough a few years back to discover a copy at a local library. A Travesty is a dark, comic tale involving a sexually insatiable film critic, Carey Thorpe, who during a heated argument with one of his lovers accidentally kills her. Having seen too many movies, instead of calling the police, Thorpe decides to cover up his involvement in the transgression. Unfortunately, Thorpe’s lover was under surveillance by a blackmailing private investigator. Additionally, the investigating police detective takes a liking to our “‘hero,” and admires his amateur detective instincts. He’s also a frustrated screenwriter and would like Corey to take a look at what he wrote. Along the way, Carey is “forced” to commit a couple of more murders. Regrettably, for the film critic, his voracious appetite for sex does him in when he spurns the wrong woman.

Let’s fast forward more than 30 years to 1999 and the premiere on TNT of a film called A Slight Case of Murder. It’s not to be confused with the 1938 Edward G Robinson film with the same title, but a made for TV film starring William H. Macy, Felicity Huffman, James Cromwell, and Adam Atkin. The film is based on A Travesty and adapted for the screen by Macy and director Steven Schachter. The duo faithfully captures the humorous essence of Westlake’s novella. The film critic’s name was changed in the movie from Corey to Terry, but much of the tale stays close to Westlake’s original work. It’s smart with plenty of visual and verbal nods to the noir films it’s sending up including Terry talking at times directly to the camera (in place of a voice-over). It’s filled with murders, sleazy characters and plenty of twists wrapped up in a funny script that film lovers, like myself, will especially love.

The performances by the four main actors are all of high quality, though William H. Macy gets a special nod in a role that some may find reminiscent of his Jerry Lundgaard role in Fargo. Also noteworthy is Julia Campbell’s work as Arkin’s amorous wife, whose affair with Macy leads to his downfall. 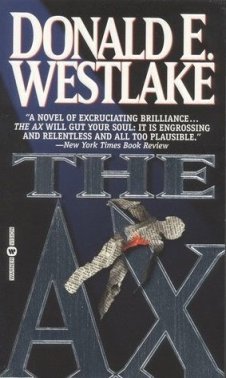 I am a big fan of two of the author’s stand-alone books, The Ax and The Hook, both wonderful satires. In The Ax, the main character is Burke Devore, a quiet company man who after twenty-five years of service becomes a victim of corporate downsizing. After two years of unemployment, his life falling apart, Burke comes up with what he considers the ideal solution, eliminate his competition by killing them off.

The Hook is a devious tale about author Bryce Proctor, a mediocre but best-selling author. Then there is author Wayne Prentice, a more accomplished writer than Procter, but his books no longer hit the best sellers list. Bryce has been going through a rough stretch including a divorce which has led to a bad case of writer’s block. To make it worst he has a deadline quickly approaching on his next book. Wayne comes up with a plan that would help them both. He’ll write the book, give it to Bryce to publish under his name, and they split the royalties 50/50. Bryce is all for it except he has one caveat, Wayne needs to kill Bryce’s wife.

Many of Westlake’s books have made it to the screen, unfortunately not always in a good way. The previously mentioned Point Blank, The Hot Rock, and A Slight Case of Murder are on the plus side. However, more often than not, there were mediocre films like Cops and Robbers, The Twin, The Split, The Bank Shot, and the awful and misguided Jimmy the Kid which was turned into a vehicle for Gary Coleman. Interestingly enough, a few of Westlake’s books have been made into films by foreign filmmakers including Costa-Gavras whose 2005 film, Le Couperet, is based on The Ax. In 1966, Jean Luc Godard loosely adapted Westlake’s The Juggler (a Parker novel) turning it into Made in the U.S.A. (2) No one connected with the Goddard film, including Goddard, at the time, bothered acquiring the film rights. Westlake eventually sued and won.

As a screenwriter, Westlake was nominated for an Academy Award for his adaptation of hard-boiled author Jim Thompson’s The Grifters (1990). He also wrote the screenplay for the original The Stepfather film which was adapted from a short story he wrote with co-writers, Brian Garfield and Carolyn Lefcourt. For a full list of Westlake’s film credit’s check here.

If you like reading crime fiction and have not read Donald Westlake, get down to your local independent book store or anywhere books are sold and start catching up. If you like hard-boiled fiction, the Parker books written under the name of Richard Stark are must-reads. On the lighter side are his John Dortmunder books. Dortmunder is a cool, criminal mastermind, brilliant at planning heist. Unfortunately, his luck is not as good as his talent. Inevitably something always goes wrong.

(1) In 1999, Point Blank (The Hunter) was remade as Payback with Mel Gibson in the lead role. Once again Parker’s name was changed again, this time to Porter.

One thought on “A Slight Case of Donald Westlake”