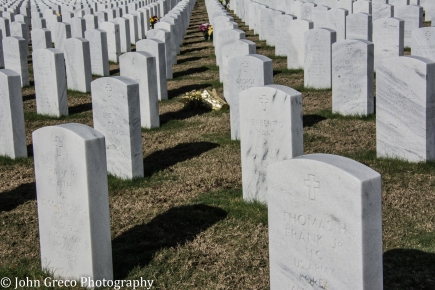 Back in January, we drove down to Sarasota to visit two local parks, Myakka River State Park and the Oscar Scherer State Park. Driving along State Rd. 72 on our way to Myakka, we passed by the Sarasota National Cemetery, 295 acres run by the Department of Veteran Affairs. We stopped and I  took a few photos.

The cemetery is less than ten years old. Groundbreaking began in 2008 and the first burials occurred in 2009. Among the more than 15,000 buried there are Florida native, Rick Casares, Korean War Veteran, and professional football player in the 1950’s and 60’s. Casares played for both the Chicago Bears and Washington Redskins in the NFL and the Miami Dolphins, then part  of the AFL.  Also buried there is Hal White, a World War II U.S. Navy Veteran who saw action in the Pacific, and was a major league pitcher for the Detroit Tigers, St. Louis Browns and St. Louis Cardinals.