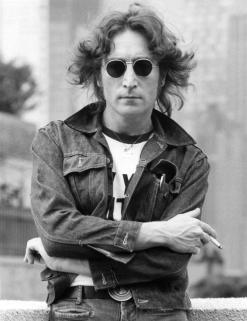 On December 8, 1980 I was watching the Tonight Show with Johnny Carson when a news bulletin interrupted the program; John Lennon was shot in front of the Dakota, where he lived, as he and Yoko were returning home after a late night recording session.

I was in shock!

I grabbed my small transistor radio and turned it on. The dial was already set on WNEW-FM, then one of the premiere progressive rock stations in New York. It was true. Lennon was shot and soon pronounced dead. The station was jumping from one report to another. It was a combination of  shock, disbelief and horror. I had a hard time sleeping that night.

Over the next days, weeks and months tributes poured in, memories were talked about, dedications were made all trying to keep the dream alive. There were also the hucksters who sold phony memorial pins, posters and tribute magazines. A slew of quick paperback writers pasted together “biographies” that fans gobbled up.

In the end though, and what remains with us today, thirty-six years later, is the music and its message.

Sometimes art is at it best when it seems so simple, yet it carries a message that gets more powerful and important with each passing day. Imagine is such a song.