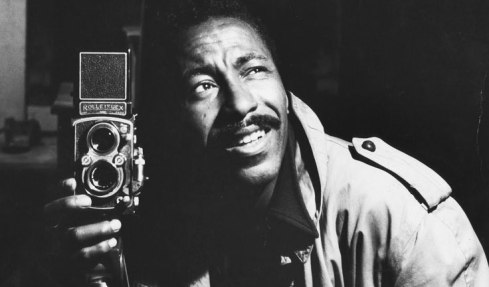 Back in the 1970’s, after my discharge from the Army, I enrolled in a class at the New York Institute of Photography. I got interested in photography after I purchased my first 35mm camera while stationed in Vietnam and later learned some darkroom development techniques while stationed in Germany. I bring this up only because the instructor during one session asked the class who they thought was a better photographer, Richard Avedon or Gordon Parks. Why he selected these two I don’t remember. Anyway, I made it known that I thought Parks was the better photographer. The instructor who I later classified as a typical know it all who liked to belittle people told me how I was wrong and that Avedon was the better of the two. The class laughed as he seemed to go on about my choice and belittling me in the process. I shrunk into a quiet embarrassed mode. I hated the class for the rest of the few weeks that I silently attended before dropping out.

I was naïve about photographers at the time and could not mount any sort of defense for my position. Today, I would say that the comparison was ridiculous to even make. The two men are masters. However, their work comes from two different directions and styles. As I learned more about my own style and taste in photography I can look back and see why I selected Parks. I’m not big on studio work. I prefer being outside and capturing those “decisive moments” in life as Henri Cartier-Bresson calls them, though my “moments” are more in nature than the streets of Paris .

I first became aware of Gordon Parks while in the Army. It was in the late 1960’s and his first feature film, The Learning Tree, played at the theater located on the base. It’s a charming and poignant semi-autobiographical film about a young black teenager growing up in rural Kansas. The film was based on Parks own novel. It’s certainly worth watching if and when the opportunity arises.

As I became more and more interested in photography I became familiar with Parks photographic work. As the first black staff photographer for Life magazine, his work was street wise, powerful and emotionally moving. I would later learn Gordon Parks was not just a photographer and writer but a true modern day renaissance man: Photographer, author, poet, filmmaker, and composer. He did it all and he did it all well.

Parks second feature film was his big break out film as a director. Shaft was a blaxploitation that commercially broke through the color barrier. With Richard Roundtree in the title role, Shaft was a super cool P.I. A modern day Bogart. Isaac Hayes in his hit title song says it all.

Who is the man that would risk his neck
For his brother man?
Shaft, can you dig it?

Who’s the cat that won’t cop out
When there’s danger all about?
Shaft, right on

Parks made two other films in the coming years, Shaft’s Big Score and The Super Cops. Then in 1976 came Leadbelly…

Huddie Ledbetter, aka Leadbelly, aka Lead Belly was one of America’s great folk/blues singers. His influence on artists such as Woody Guthrie, Pete Seeger, Creedence Clearwater Revival, Bob Dylan, Johnny Rivers, Tom Waits, Ry Cooder, Elvis Presley and so many others has been well documented in their recordings. Huttie was inducted into the Rock and Rock Hall of Fame back in 1988.

Park’s film paints an evocative portrait filled with images of a segregated South that kept many down and out folks filled with hardship and suffering as well as hope and dreams. Still, their lives were filled with music – the Blues. As portrayed by Roger Mosely, Huddie was a restless soul filled with hope and dreams. He wanted to hit the road, and as a young man he did, performing in whorehouses and other venues. Anywhere they would let him sing.  However, his road was filled with a series of rough ‘bumps’ along the way including long stretches in prison. What never stopped was his love of music playing gospel, folk and those blues.

From what I have read, Park’s evocative film come across as a fairly accurate portrait of the musician’s rocky road in life. In real life Huddie killed at least two men and spent a lot of time in Texas prisons working on the chain gang. In the film we see two separate incidents where Huddie ends up killing another man. One is unintentional, the second was in self-defense. As Roger Ebert writes in his original review, “His crimes are matched by the crime of the chain-gang system, designed to break his spirit. It fails.”

One of the finest parts of the film comes early on when Huddie meets Blind Lemon Jefferson. Lemon, another soon to be blues legend, is superbly played by Art Evans (Die Hard 2, A Soldier’s Story and many, many TV shows). The two bluesmen team up for a while performing on the road (in real life it was about two years). In one scene during this period they sing for white people at a dance party. It turns ugly when the evening begins to  get late and Huddie decides to pack it in. However, one of the white folks wants him to continue and a fight ensues with Huddie getting badly   beaten. It always seems even when Huddie wasn’t looking for trouble, it found him.

Years go by. The chain gang, by design, breaks men’s souls. However, Huddie’s self-respect and spirit remains in tack. He eventually get out of prison. Legend and the film claim that after performing, playing his 12 string guitar and singing, for the Governor who is so taken by Huddie’s simple “darkie” performance that he tells the prisoner when his term is up as Governor, one of the last things he will do is give Huddie a pardon. Of course, this sounds like bull, but surprising enough, though some time has passed, the Governor kept his word and the blues singer gets out of prison. In real life Huddie was released early due to his good behavior. Also with the Great Depression came a series of budget cuts and Huddie’s good record helped him out as well with  the selection of prisoner’s to be released in order to cut expenses.

The film is told in flashback. During his last stretch on the chain gang Huddie is visited by musicologist John Lomax who has been recording and archiving rural folksinger’s for the Library of Congress. By now, Huddie is older and gray haired. As the recordings begin he looks back on his life. In real life Lomax visited and recorded Ledbetter on two separate occasions. First in 1933 and again one year later in 1934. It was a month or so after this second visit that Huddie was pardoned.

Fact or fiction, Leadbelly is a good film that is rarely seen, though it does show up sometimes in February during Black History Month. The folksinger is best known for songs like Goodnight, Irene, The Midnight Special, Rock Island Line along with many others. After his prison time he performed around the country a lot and appeared as a regular on the CBS radio show Back Where I Come From which was produced and hosted by Alan Lomax (John’s son). Future film director and Alan’s close friend, Nicholas Ray, was also a producer and writer of the show at the time. Leadbelly’s  last performance was at Carnegie Hall in New York City. He died in New York on December 6th 1949.

The first time I watched Leadbelly was way back in ’76 at the time of its release. It was at the Loew’s State in Times Square. The showing I went to had a couple of live special guests, folksingers Sonny Terry and Brownie McGhee who met Leadbelly after he became a regular in the New York City folk scene. They reminiscence about their friend and sang some of his best known songs. It was a unique chance to see these two artists and learn a little more about their friend and a true legend.

5 thoughts on “Gordon Parks and Leadbelly”